On this page - Lin’s bio, statement, and articles on her work by DeWitt Cheng and the Roll Up Project

Lin Fischer was born in Healdsburg, CA and grew up in Sacramento. She was fortunate to get the BFA degree at UCDavis in the early 1960s, when the now-heralded art faculty was just beginning to gain recognition. Her major was painting and subject matter was the figure. Teaching faculty members Ralph Johnson, Wayne Thiebaud, Roland Petersen, and Robert Arneson influenced her work at the time. There was a feeling of freedom and “do your own thing” in the art department, which was very inclusive. Later on, the work of David Park, Richard Diebenkorn, and Joan Brown became important inspirations for Lin’s work. The MFA degree came in 1993 from the Academy of Art University in San Francisco, at which Lin taught masters candidates painting after graduation. She also taught in other bay area venues and in her studio until 2006. Now Lin works and lives in Oakland, CA. Her paintings have been shown across the US and are included in many museum and private collections. 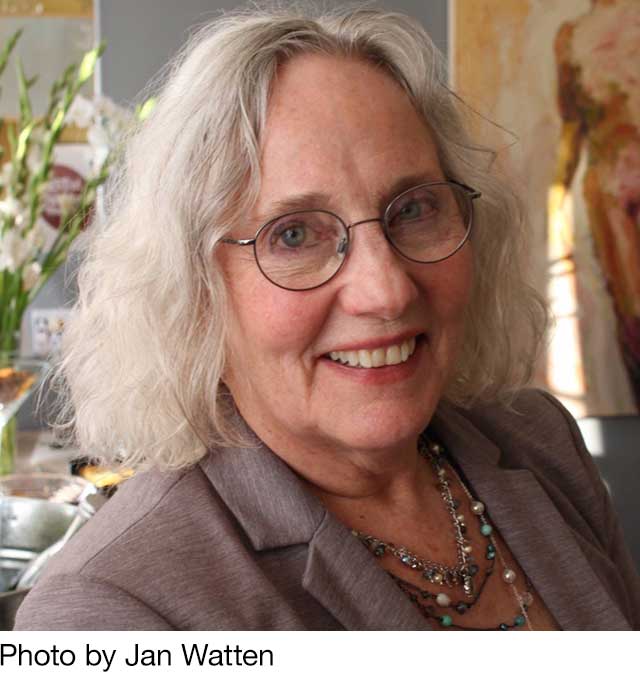 Images occur to me and I paint them. I am triggered by something I see - part of a photograph, light falling on a person a certain way, or a visual that just pops into my mind. When I go to the canvas I have an idea of what I want. After that I plunge into the painting. There is no sketching first. Trusting my hand and the brush to do the job, I am enamored with paint slipping into paint, creating the mood for me. — Lin Fischer

With the current and recent exhibitions of work by David Park at Hackett Mill Gallery and Richard Diebenkorn at the Richmond Art Center and de Young Museum, and the opening of the Windhover Meditation Center, featuring paintings by Nathan Oliveira, Bay Area Figurative painting is back on the radar screens of San Francisco area art aficionados. It never disappeared, of course: it’s a regional style from the 1950s and 1960s that is well represented in local museums, and it was, along with its hipster counterpart, Beat art, until the advent of the graffiti- and illustration-based Mission School in the 1990s, our main local claim to art world fame. It’s a tradition that has endured even when temporarily eclipsed by fads and fashions. Mixing traditional realism’s subject of figures, landscapes and still lives with expressionist subjectivity and Abstract Expressionism’s painterly improvisation, it’s a style rooted in reality yet given wings by the imaginative creative process.

In 2004, the Richmond Art Center presented an exhibition entitled The Breakfast Group, featuring the work of East Bay artists who meet regularly to compare notes and socialize. The painter, teacher (at UC Davis) and critic Hearne Pardee wrote, in ArtCritical:

For many members, affiliation with the Breakfast Group involves allegiance to the Bay Area tradition that mixes figuration and abstraction. Terry St. John, now perhaps the senior member of the group, continues to create densely worked landscapes and figures, extending the legacy of Bischoff and Diebenkorn. His somber landscapes here suggest the depth of experience that informs his immediate response to a site. Lin Fischer goes further in her response to underlying impulses in her landscape-based abstractions…

Fischer’s allegiance to Bay Area Figuration, the prevailing style of a previous generation, dates from her studies at the University of California, Davis, with Wayne Thiebaud and Roland Petersen, both of whom worked with the traditional subject matter, combining careful drawing and ironclad compositions with heightened color that stops just short of abstraction. Abstraction was considered the sine qua non of serious artists once upon a time, when the idea of the stylistic evolution of art held sway. When Park turned from abstraction to figuration in 1950, Diebenkorn thought he had “chickened out.” When Philip Guston did so in the 1970s, abstractionist colleagues denounced him as a traitor. We should remember in addition that Picasso never did sever his ties with reality by moving into complete abstraction. These days, thankfully, we are less dogmatic and more pluralistic, tolerant (sometimes to a fault) of stylistic diversity and creative freedom.

Fischer, who lives in Oakland, has taught and exhibited widely in the Bay Area, is well known in the art community. I was privileged to meet her several years ago at a San Francisco North Beach show curated by Anthony Torres. She was one of the artists featured in “Beauty Fierce as Stars, Groundbreaking Women Painters” at Mythos Gallery in Berkeley, one of the best shows of 2014. Recent works like Parasol (2011), Blue Stockings (2012), Reflections (2013), Earth Meets Sky 4 (2013), and Earth Meets Sky 16 (2014) are charged with feeling and drama. The energy required, as painter Nikki Basch-Davis notes, “to take a large canvas and a large brush with gobs of paint and throw it around” in invested in the painting and encoded within the paint. Her works combine subject and subjectivity, style and content; to see them is to recapitulate the seeing, thinking, feeling, and paint-throwing (when I was in school, the term in usage was ‘paint-pushing’) needed to create a world from Guston’s famous “colored mud.” — DeWitt Cheng

Roll Up Project is pleased to present paintings by Lin Fischer

Lin Fischer’s paintings of figures and landscapes explore the natural environment from a Californian perspective. Drawing on the legacy of the Bay Area Figurative movement, Fischer’s partly abstracted images transport the viewer to dreamlike and serene landscapes, some of which include figures or animals. Fischer describes her painting practice as a way to get in touch with a higher power. Her distinctive brushwork guides the viewer along the planes of the landscapes, implying breezes, rippling water, and waving grasses. The blocks of color coalesce to form familiar scenes of the delta, foothills, and coastline that comprise California.

In the Harrison Street window, Red Sky at Night depicts two swans meeting in a large body of water under swirling skies in magenta, purple, orange, and white. Their beaks touch, forming a heart shape between their long necks. Fischer’s brushstrokes and spatters of paint move the viewer through this meditative moment, encouraging a contemplation of the connection between two animals, the open landscape at dusk, the changing light and the depth of the water.

In the windows on Third Street, Fischer presents two paintings: Nude at the Beach and White Tears. Nude at the Beach highlights her masterful handling of color and light. The figure gleams in the sunny landscape, surrounded by blocks of color that move the eye around all sections of the canvas. Similarly, the drips of white paint trickling through the verdant greens of White Tears command the viewer’s attention, capturing the essence of a salty ocean spray. Fischer brings these moments of clarity to the viewer as a reminder of our shared humanity and the importance of spending time in nature.